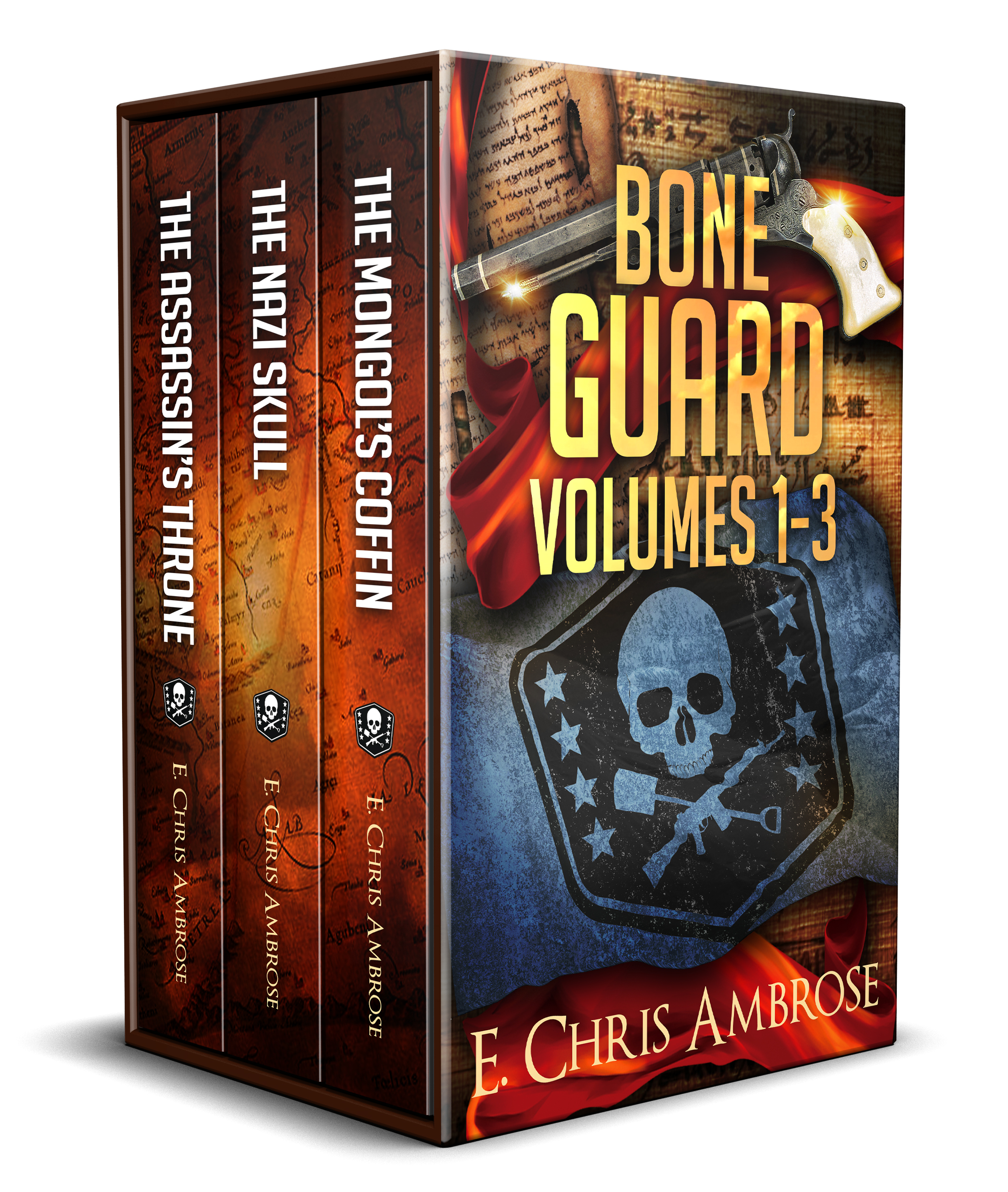 The first three Bone Guard novels, complete!  Plus a bonus short story, and a teaser for Bone Guard 4, The Mayan Bust!

Binge the series:  If Indiana Jones had served in special forces, it might be something like this!

Or as award-winning, NYT Best-selling author Brendan Dubois put it, “If you thought thrilling tales of archaeological discoveries and conflict began and ended with the Indiana Jones movies, you’d be wrong.  In her gripping Bone Guard series — The Mongol’s Coffin and The Nazi Skull — the talented E. Chris Ambrose tells tales not only of action, but of discovery and dedication of those determined to save important relics from our past.  Impeccably researched and well-written, this series is highly-recommended.”